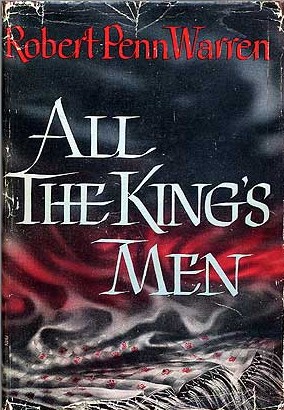 I love books. I’ve been an avid reader all my life. Writers have been my greatest inspiration. I’ve wanted to be a writer for most of my 64 years. I remember the precise moment it all began for me; when I knew I would be a writer. 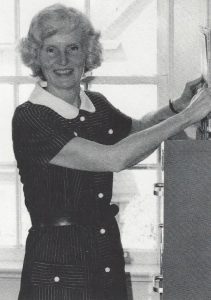 In my freshman year of college, I took an Introduction to Literature class from Mrs. Barnhart. She assigned Robert Penn Warren’s All the King’s Men. I was mesmerized by the rise and fall of Willie Stark, of Jack Burden and Anne Stanton, of political intrigue in the Deep South in the 1930’s. The scope of the story, the characters, the aliveness of the book impacted me as no novel before it. More to the point, there is a single line that clinched the deal for me. Toward the end of the book, Jack says to a young reporter who sneaked up like a modern-day paparazzi to take a photo of a grieving Anne Stanton, “Well, son, if you live long enough, you’ll find out there are some kinds of a son-of-a-bitch you don’t have to be even to be a newspaperman.”

In one instant, with that sentence, everything fell into place for me. A weighty concept was offered: immediate choices, and long-term, who-am-I-going-to-be, life choices. Most critically, it felt as though that weighty concept had been handed to me, personally, by Robert Penn Warren.

What was it about that sentence? You may be scratching your head, thinking, what’s the big deal? Well, for me, that sentence is impregnated with poetic ambiguity. I brought my own experiences, dreams, thoughts, and meanings to bear; drew my own conclusions about the reporter, about Jack, and Anne. I imagined what I might do in the same situation; choices not prescribed by the author. What power and trust Warren invested in me; his reader. I felt liberated and inspired! 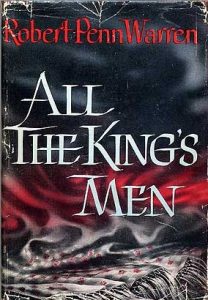 When I write my stories, I thought, I, too, will make important choices about how I express such notions and how I portray sons-of-bitches and newspapermen in ways that serve the story and my readers.

That was the point at which I began to read books differently; as the author I wanted to be, as well as the reader I had always been. I soon started the “Great American Novel,” which wasn’t great. So, I started again… a dozen times. I stopped and switched directions. I wrote children’s books. And… I got married, had children, got a job, paid the bills. Life happened.

It wasn’t until I was invited to participate in a journey with nine distant relatives I had never met, to retrace the Triangle Slave Trade route of our ancestors from Rhode Island to Ghana and Cuba and back, that I found the story I had been waiting for. It took three decades from when I sat in that classroom, but I became a writer; the published author I had dreamed of being since I was a teenager.

I think fondly, and with deep gratitude, about Mrs. Barnhart regularly. I thanked her in the acknowledgments of my first book.

My inspiration, my reason to become an author, may not matter to you. That’s okay. Each writer’s inspiration is her or his own. There is a moment, however, when every writer just knows: I can’t not write. When you have that moment, you will know.

If this is you, I wish you well on your writing journey….