Shared Legacies of Race and Reconciliation 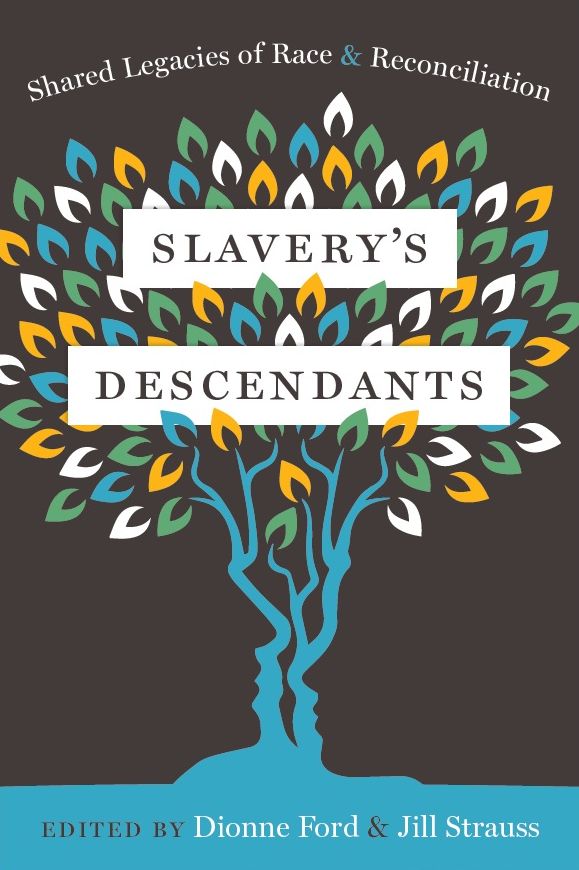 Slavery’s Descendants is an anthology of stories contributed by more than two dozen members of Coming to the Table, including Chapter 10, “The Immeasurable Distance Between Us,” by Thomas Norman DeWolf. The book is edited by  Dionne Ford and Jill Strauss, and is published by Rutgers University Press.

Race remains a potent and divisive force in our society. Whether it is the shooting of minority people by the police, the mass incarceration of people of color, or the recent KKK rallies that have been in the news, it is clear that the scars from the United States’ histories of slavery and racial discrimination run too deep to simply be ignored. But what are the most productive ways to deal with the toxic and torturous legacies of American racism?

Slavery’s Descendants brings together contributors from a variety of racial backgrounds to tell their stories of dealing with America’s racial past through their experiences and their family histories. Some are descendants of slaveholders, some are descendants of the enslaved, and many are descendants of both slaveholders and slaves. What they all have in common is a commitment toward collective introspection, and a willingness to think critically about how the nation’s histories of oppression continue to ripple into the present, affecting us all. The stories in Slavery’s Descendants deal with harrowing topics—rape, lynching, cruelty, shame—but they also describe acts of generosity, gratitude, and love. Together, they help us confront the legacy of slavery to reclaim a more complete picture of U.S. history, one cousin at a time.

PLEASE NOTE: 75% of author proceeds from Slavery’s Descendants are donated to Coming to the Table to support the work of racial healing and transformation. Learn more about CTTT HERE.

“In its firsthand chronicles of courage, rage, forgiveness, and the solace of an embrace, Slavery’s Descendants unleashes powerful emotions. Full of hard-won wisdom, this book also captures the painful ambiguities our past fastens on us. ‘I want revelation,’ one participant says, ‘and yet, I dread it, too.’”

Author of The Hairstons: An American Family in Black and White

“Here are stories told at a human scale, full of longing, honesty, grief, and also hope. In a difficult time, these writers lay down these meditations in the hope of a better, freer future for all of us. Their efforts are paths we would do well to follow. They offer us a chance for greater wholeness, too.”

Author of The Forage House