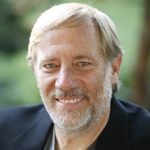 Tom is an author, public speaker, trainer and workshop facilitator, and, since 2013, has served as Director/Manager for Coming to the Table, where he now serves as co-manager with Jodie Geddes. He has traveled extensively throughout the United States speaking and leading workshops and trainings at colleges, universities, conferences, and other venues. He exposes hidden elements of history and shows how traumatic, unhealed wounds from the past continue to impact everyone today. Such wounds are expressed on campuses and elsewhere as racism, sexism, and other forms of intolerance, separation, and hierarchies of human value. With compassion and humor, Tom illuminates a path toward healing and a more hopeful future.

Tom is the author of Inheriting the Trade (Beacon Press, 2008), the story of his experiences in the making of the Emmy-nominated, PBS documentary, Traces of the Trade, and co-author, with Sharon Leslie Morgan, of Gather at the Table (Beacon Press, 2012), which won the Phillis Wheatley Award for best Nonfiction/Biography & Memoir in 2013. The African American Jazz Caucus awarded Tom the 2012 Spirit of Freedom Award for Social Justice. Tom is also co-author, with Jodie Geddes, of The Little Book of Racial Healing (Skyhorse, 2019).

Tom and his wife Lindi live in Oregon. 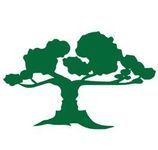 Coming to the Table

Since 2013, Tom has served as Executive Director for Coming to the Table, a non-profit organization that  provides leadership, resources, and a supportive environment for all who wish to acknowledge and heal wounds from racism that is rooted in the United States’ history of slavery.

Tom is a trained STAR Practitioner. STAR (Strategies for Trauma Awareness & Resilience) brings together theory and practices from neurobiology, conflict transformation, human security, spirituality, and restorative justice to address needs of individuals, organizations, and communities dealing with impacts of present-day or historic trauma. 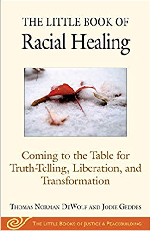 The Little Book of Racial Healing

Tom is co-author, with Jodie Geddes, of The Little Book of Racial Healing: Truth-Telling, Liberation, and Transformation (Skyhorse, 2019). Joining more than two dozen other books in the Little Books of Justice & Peacebuilding series (key concepts and practices from the fields of restorative justice, conflict transformation, and peacebuilding, presented in a highly accessible form). The Little Book of Racial Healing presents the goals and practices of Coming to the Table Approach in an accessible form to support those working toward solutions to racial inequality. 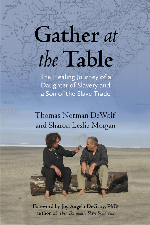 Tom is co-author, with Sharon Leslie Morgan, of Gather at the Table: The Healing Journey of a Daughter of Slavery and a Son of the Slave Trade (2012, Beacon Press); the story of two everyday people from diverse backgrounds who are on a mission to overcome the trauma of America’s legacy of slavery and the lingering effects of present-day racism. Gather at the Table won the Phillis Wheatley Award for best Nonfiction/Biography & Memoir. 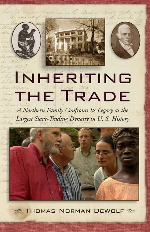 Tom’s first book, Inheriting the Trade: A Northern Family Confronts Its Legacy as the Largest Slave-Trading Dynasty in U.S. History (2008, Beacon Press) grew from the journey that he, along with nine distant cousins, took to retrace the triangle trade route of their slave-trading ancestors. Their life-altering journey is chronicled in the Emmy-nominated documentary Traces of the Trade: A Story from the Deep North. An Official Selection of the Sundance Film Festival, the film premiered on national television on the acclaimed PBS series P.O.V.