Edward Snowden and the Times in which we Live 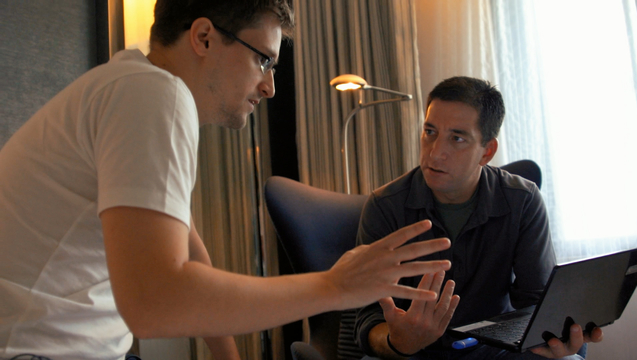 I watched the new Oliver Stone film Snowden a few weeks ago. It gave me the creeps. I recognize it’s a Hollywood/Stone version of a story about a guy people consider either a traitor or a hero. It still gave me the creeps. Though Stone’s version of JFK is considered by some to be a whacky, paranoid conspiracy buff’s dream, I have no doubt there was a conspiracy to murder JFK and a conspiracy to cover up the truth of who was involved. I’ve read 1984. It also gave me the creeps, along with a healthy skepticism about government and unscrupulous people with lots of power. The U.S. government has done some horrible things throughout our nation’s history, including to its own citizens. If you disagree, you may as well stop reading now and go to another website because nothing else I’m about to write will resonate with you at all. 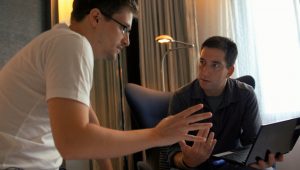 Because I was so intrigued by the story of Edward Snowden, I went to the library and checked out CITIZENFOUR, the 2014 winner of the Oscar for Best Documentary Film. I figured it would be less “Hollywood” and more the straight stuff. It is. CITIZENFOUR was directed by Laura Poitras and features journalist Glenn Greenwald, along with Snowden. It was Poitras and Greenwald that Snowden contacted to help him make public the classified information he had chosen to release: evidence of massive, indiscriminate and illegal invasion of privacy (spying) by the U.S. government, via the National Security Agency (NSA) on virtually all its citizens… you and me.

I watched all the special features that came with the documentary; the deleted scenes, multiple interviews with Greenwald, Poitras, and Snowden, etc. I came away from all this with further confirmation of what I already knew in my gut. My government does not always have my best interests at heart. These invasions of privacy have grown no matter who is in the White House. Snowden took action when Obama was President. He thought our 44th President would be better in this regard than his predecessor, but things only got worse.

The filmmakers recommended some tools that offer at least some increased degree of protection from government intrusion. They recommend encryption tools for texting and calls developed by Open Whisper Systems for iPhone and Android. They recommend Tor Browser as a more secure alternative to the widely used Firefox, Microsoft, and other browsers.

Call me a paranoid, conspiracy theorist if you want to. I simply find it unacceptable the degree to which our government has increased it’s power and control over us, and its intrusions into our private lives, while the director of national intelligence lies to Congress about it. You think the NSA is going to decrease such intrusions under the current administration?

I don’t care whether others think Snowden is a traitor or a hero. I don’t think Snowden cares what people think about him. I do believe he did what he thought was best. I, for one, am glad he released the documents. I’m glad what our government has been doing illegally is now openly and widely known, so we can make some choices about how we use technology with better information about the potential impacts of our choices. I just hope there are more people like Ed Snowden who are watching out for the best interests of regular people like you and me. Lord knows our government hasn’t.

Check out Snowden and CITIZENFOUR. See if you don’t come away just a little creeped out as well…