Edgar Mitchell returns to the stars

“Houston, we have a problem.” 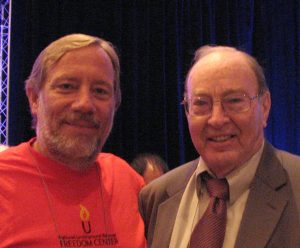 Famous words from the Apollo 13 capsule.

Imagine being launched into space aboard Apollo 14. Seriously, can you imagine that level of bravery? That’s Edgar Mitchell, who passed away Thursday, February 4, 2016 at age 85, the day before the 45th anniversary of his walk on Earth’s moon; one of 12 men to have done so. Having

presented at a few Institute of Noetic Sciences (IONS) conferences with my friend and mentor Belvie Rooks, I was blessed to meet and speak with Edgar Mitchell. He founded IONS in 1973 after returning to earth. 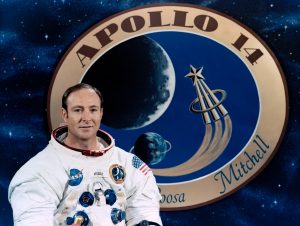 earthbound humans will ever know. Edgar Mitchell recognized the deep and obvious connection between spirituality and science and founded IONS. He’s definitely onto something true and deep…

I’m grateful for having crossed paths with this deeply spiritual and thoughtful man, as well as with so many people who are part of IONS, and to Belvie, my friend who always reaches for the stars. We’re onto something, my sister.