No indictment (and, sadly, no surprise) in death of Eric Garner

So let me see if I understand what just happened…

Is that about it?

– Jewell Miller, who has an infant daughter with Eric Garner. 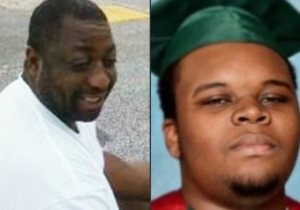 All true. A New York grand jury failed to indict white police officer Daniel Pantaleo in the choke-hold death of Eric Garner, an unarmed black man, this past July. Sadly, I’m not surprised. After the grand jury in Ferguson, Missouri failed to indict white police officer Darren Wilson in the shooting death of Michael Brown, another unarmed black man, it’s what I expected.

And black people across the United States are reconfirmed in the knowledge that their lives are less valuable than the lives of white people. The lack of trust in law enforcement by black people grows stronger. And many white folks don’t understand. And the wide gulf between us grows wider; seemingly insurmountable.

There are questions about racism, about the treatment of people of color within and by the criminal justice system, about the legacy of slavery (which this is), that we as a nation – particularly white people – have so far been unwilling to seriously ponder. As long as white people avoid answering these difficult questions, what happened to Michael Brown and Eric Garner, and so many others, will happen again. And again. And again…

These questions, if confronted honestly, should be deeply unsettling to white people because they go to the core of the “system” of criminal justice. The “system” is racist. People of good will may claim there is no intention to be unfair, unequal and racist, but intentions don’t matter. Outcomes matter. Do you suppose the fact that the Ferguson police force is 95% white while the general population of Ferguson is 67% black impacts the outcomes in the community?

The outcomes require Michelle Alexander (author of The New Jim Crow: Mass Incarceration in the Age of Colorblindness; a must-read for any white person who wants to understand systemic racism in the U.S. criminal justice system) to give her young son “the talk” about growing up black in the United States.

“My son wants an answer. He is 10 years old, and he wants me to tell him that he doesn’t need to worry. He is a black boy, rather sheltered, and knows little of the world beyond our safe, quiet neighborhood. His eyes are wide and holding my gaze, silently begging me to say: No, sweetheart, you have no need to worry. Most officers are nothing like Officer Wilson. They would not shoot you — or anyone — while you’re unarmed, running away or even toward them.

I never even thought about having to teach my children:

I never thought about needing to teach such things to my children because the “system” is designed in favor of me and my children because we are white. And until white people begin to acknowledge, understand, and confront racism in our criminal justice system, the gulf between white and black Americans will continue to grow. And we will NOT be safer with more laws, more guns, and more militarized police forces. We will be safer when we confront and eradicate systemic racism.

My heart is heavy tonight. I fear for my nation. I hope for healing, yet I am pessimistic. I continue to work for healing and hope more and more white people will join the struggle, yet I fear we will not overcome the hatred and the fear and the traumatic wounds we have been inflicting on our brothers and sisters for centuries.

What do you think? Anyone see any justice on the horizon? Anyone more hopeful than I am? I’d love to hear why…