This post was originally published at Gather at the Table 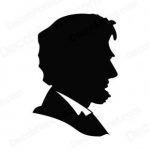 November 19, 2013 marks the 150th anniversary of the Gettysburg Address. PBS and documentary filmmaker Ken Burns launched a national effort to encourage people to video record themselves reciting President Abraham Lincoln’s famous speech, one of the most important statements on human equality in American history.

Sharon Morgan and I participated in the project, as have President Obama, Stephen Colbert, Whoopi Goldberg, Rachel Maddow, Stephen Spielberg, and many others. You can watch our video at the Learn the Address website on PBS. Or you can watch it below from the Gather at the Table YouTube page.

We hope our participation will raise more awareness of the Coming to the Table approach to acknowledging and healing wounds from racism and the legacy of slavery that Sharon and I wrote about in Gather at the Table.

And may we all now re-dedicate ourselves “to the great task remaining before us—that from these honored dead we take increased devotion to that cause for which they here gave the last full measure of devotion—that we here highly resolve that these dead shall not have died in vain—that this nation, under God, shall have a new birth of freedom…”