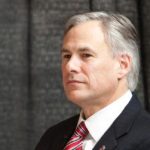 Wouldn’t it be an ironic twist of fate if racist, right wing efforts at voter suppression end up backfiring by preventing conservative white voters from voting?

From the “things don’t always go as planned” department…

I got a chuckle when I read (here) about Texas Attorney General Greg Abbott having trouble voting due to the very Voter I.D. law he supported!

Abbott, a Republican, “was among the most vocal proponents of the state’s new voter ID law, which requires all voters to present valid identification at the polls.

“But when Abbott showed up to vote, there was a problem: although he is registered to vote as Greg Abbott, his driver’s license identifies him as Gregory Wayne Abbott. Thus, under the law he staunchly defended, he would be unable to vote.

Thankfully for Abbott and others in similar cases, he was still able to cast his ballot thanks to a provision added by Democratic gubernatorial candidate Wendy Davis. According to Davis’ amendment, voters whose names are similar on their voter registration and ID card may still vote if they sign an affidavit confirming their true identity.”

Voter I.D. laws are about suppressing the vote, not about preventing fraud. Such laws are a thinly veiled tool being employed to disenfranchise voters who tend to be poor and people of color; people who tend to not vote for Republicans. Read more here and here.

After reading about Abbott’s experience at the voting booth, a distant cousin of mine, Christy DeWolf, wrote on Facebook, “I’m thinking too…. this law is going to prevent his Tea Party supporters from voting. I don’t really see Tea Party types signing government affidavits to exercise their constitutional rights to vote.” Interesting… I wonder how many anti-government, ultra-conservative, tea-party-supporting white people will rebel against providing the types of I.D. being required by the government in order to vote?

Ah, irony, your sense of humor is indeed twisted!