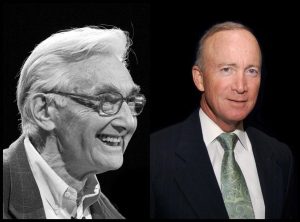 I take a healthy dose of satisfaction when privileged people in power are stifled in their wrong-headed attempts to exert control in clearly damaging ways.

Case in point: When Mitch Daniels was still governor of Indiana he attempted to influence the removal of books and courses from high schools and colleges that he considered too liberal. According to the Associated Press:

“Daniels requested that historian and anti-war activist Howard Zinn’s writings be banned from classrooms and asked for a “cleanup” of college courses. In another exchange, the Republican talks about cutting funding for a program run by a local university professor who was one of his sharpest critics.”

Within a series of emails the AP acquired through the Freedom of Information Act, on February 9, 2010 Daniels wrote of Zinn and his work:

“This terrible anti-American academic has finally passed away. The obits and commentaries mentioned that his book ‘A People’s History of the United States’ is ‘the textbook of choice in high schools and colleges around the country.’ It is a truly execrable, anti-factual piece of disinformation that misstates American history on every page.

“Can someone assure me that it is not in use anywhere in Indiana? If it is, how do we get rid of it before any more young people are force-fed a totally false version of our history?”

Fast forward to today: Daniels serves as president of Purdue University, hired by a Board of Trustees made up largely of people he put on the board while he was governor. Ah, the irony.

Fortunately, in this case, Daniels’ efforts have backfired. According to the South Bend Tribune, revelations of Daniels attempts at censorship has led to a surge in interest in Howard Zinn:

“A few weeks ago, the St. Joseph County Public Library had one copy of Zinn’s book.

“Based on demand, the county library purchased 19 additional print copies and four electronic copies. As of Monday, all those copies were checked out or on reserve, with 10 patrons on the waiting list.”

It is critical for people — we who believe that all our history (including the horrible and embarrassing parts) must be taught in our schools — to remain vigilant. Attempts to re-write history, to bury the unsavory parts, continue – and will continue in the future.

For now, a small celebration is appropriate. Way to go, Indiana! Long live Howard Zinn and A People’s History of the United States!