“Who wouldn’t use torture on this punk?”

In the midst of the insanity following the terror attack during the Boston Marathon I noticed a flurry of Tweets from many quarters calling for some pretty gruesome revenge on the surviving suspect. Among the notable, New York State Senator Greg Ball tweeted, “So, scum bag #2 in custody. Who wouldn’t use torture on this punk to save more lives?” 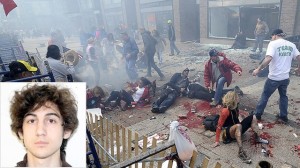 Understandable? Yes. A useful response? No.

Participating in the Strategies for Trauma Awareness & Resilience (STAR) program at the Center for Justice & Peacebuilding at Eastern Mennonite University, I understand with certainty that the instinct – in the face of such trauma as was experienced by people in Boston last Monday – is to seek revenge. People may then become caught up in the unending Cycles of Violence; acting out against others or themselves.

True healing begins when we break out of those cycles onto a journey toward truth, justice, mercy, and peace.

Easy? No. A useful response? Yes.