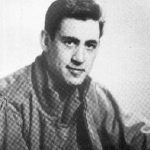 J.D. Salinger was born January 1, 1919. He died 91 years later on January 27, 2010. Catcher in the Rye was his only novel; published in 1951. A few years ago I pulled out Catcher and began typing it word-for-word into my computer. I wanted to know what it felt like to write something as influential and powerful as Salinger had. It felt good.