Django Unchained, the Newtown massacre, and Emmett Till

Peacebuilding in the United States is complicated by our nation’s dysfunctional relationship with violence. We talk a good talk about peace and justice and freedom but we don’t actually have those things to the degree we claim or desire; and conditions are worsening. Is one of the problems that we don’t confront the results of violence directly? I struggle with this.

On Christmas Day I posted a link to a video of John Lennon’s classic song “Happy Xmas (War is Over)” with its simple words of responsibility: “War is over if you want it.” I consciously chose the version with nice pictures of the Beatles rather than the official version from John Lennon’s estate that includes  images of the impact of war – the wounds, the death, the heartbreaking images of those who lost loved ones – which is what the song is really about. I made the choice, I guess, because it was Christmas and I didn’t want to upset anybody. I’m not sure I made the right choice.

Several  days ago I read “America Should See the Newtown Carnage” by journalist Roland S. Martin. I’ve thought about his words ever since. He had received a text message that read “One of these mothers from Connecticut should do an ‘Emmett Till’ moment; show the picture of their child dead in the classroom.” Like Martin, a chill went through me as I thought about the possibility of seeing the carnage in such a photo. 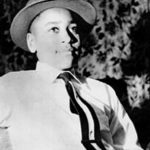 (For those like me who didn’t learn about him it in school, Emmett Till was a 14-year old black teenager from Chicago who traveled to Money, Mississippi in the summer of 1955 to visit relatives. After allegedly whistling at a white woman in Bryant’s Grocery Store in Money – one of the places my writing partner Sharon Morgan and I visited during our Gather at the Table journey – he was brutally tortured and murdered. His body was weighed down with a 75-pound cotton-gin fan and dumped into the Tallahatchie River, where it was found three days later. After his corpse was returned to Chicago, his mother insisted on an open-casket funeral so people could witness the brutality of Emmett’s death. Photos of his horribly mutilated body became an international sensation and sparked the Civil Rights movement in the United States.)

As everyone knows, eleven days before Christmas, 20 children and 7 adults died violent deaths at the hands of a deeply troubled young gunman at Sandy Hook Elementary School in Newtown, Connecticut. We’ve since seen many photos of smiling children and adult victims online and on news reports. But we haven’t seen the carnage.

We Americans (well, many of us) eat up violence in movies and video games. Quentin Tarantino’s Django Unchained opened on Christmas Day to rave reviews and solid box office receipts. It’s a Spaghetti Western that depicts the brutality of slavery with the graphic violence and harsh language filmgoers expect from Tarantino. We love our violence when it’s make-believe. But we too often shield ourselves from the real thing. According to Martin:

“We demand that news organizations not show American troops, or even the enemy, lying dead in war zones. Even when our troops returned home in flag-draped coffins, the Bush administration forbade it from being covered by the media. The Los Angeles Times was ripped by readers for showing the bloody, lifeless body of Ambassador Christopher Stevens being dragged out of a building in Benghazi, Libya. What does that say about America? Oh, let’s talk about tragedy, but please, please, please don’t show the real results.” 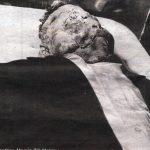 What would happen if we saw the bullet-riddled body of a 6-year old child lying in a pool of blood in her kindergarten classroom? I dare say that it would change the conversation about the regulation of guns in the United States. It may well be another “Emmett Till moment.”

I continue to struggle with this. Yet something must change. Most of us agree on this point. Some propose giving guns to teachers. That idea is insane. I believe as strongly about the need to regulate the access to guns as many of my good friends believe it would trample their Second Amendment rights.

I don’t know if we need an “Emmett Till moment” or not. Recent polls show that support for tighter gun control regulation has soared to the highest level in several years. I hope our elected representatives in Washington are paying attention. I’m pessimistic that they’ll do anything meaningful. But something must change.

As I sat watching my 5-year old granddaughter’s kindergarten class perform several Christmas carols for parents and friends at her school on December 21, I looked around the room several times. I was thinking about Sandy Hook Elementary School and wondering if any of the people in this room might have a weapon. I hate that I had those thoughts. But there it is.

Please read Roland Martin’s essay here. Is it time for us to face the brutal images of real-life violence in the name of building peace?