The world did not end. So NOW what? 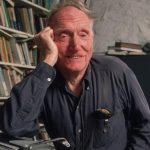 “Heh, heh, them Mayans didn’t know crap,” harrumphs the little voice that prattles about in my head.

“Fifty-eight years old and you wanna go back to college?” the voice prods with a tone of derision.

“So what?” I look around to make sure no one is watching. After all, I’m sitting in Starbucks. Just one other customer, a woman, sits a few tables away scrolling on her iPad.

“Are you crazy?” the voice is louder now.

“Of course I am!” I shout. The woman turns toward me; gives me a funny look.

I quickly put my cell phone to my ear so she’ll think I’m on a call. “Craziness is the essential ingredient.”

“HA! Then you’ve got it made! You’re crazier than the Mayans!”

The woman is staring but I can’t help myself. I drop the phone, grab my ears, and shake my head. “Oooga-booga, you freakazoid! Get OUTA here!”

The woman stands, too abruptly, spills her double latte, stuffs her iPad into her backpack and rushes out.

“Dude!” says the young man behind the counter. “again?”

He shakes his head, picks up a damp cloth and wipes the counter. “Oh, Lord,” he mumbles.

As my dear friend Toni pointed out, many folks have misread the meaning of the Mayan calendar. Rather than the end of the physical world, the calendar speaks to a shift of energy that sheds certain ways of being. We’re entering into (or at least have the opportunity to enter into) new ways of being that are actually quite ancient. Its as though we have the opportunity to awaken from a deep, disturbing sleep and return to healthier ways of being; of seeing the world and each other more clearly.

It is within this spirit I’ve decided to take a literal leap in my writing career. I have applied for the Masters in Fine Arts program in Literary Arts at Brown University in Providence, Rhode Island. If I’m accepted I’ll begin a 2-year program there next fall. Admission is highly selective, so I humbly request that my friends, family, and fellow authors send all your good wishes, or prayers, or lucky juju out to the Universe, or God, or the ghost of Kurt Vonnegut, or whatever you believe in that will gently tap the people making the selection on the shoulder and whisper in their ears, “Hey, this DeWolf kid, choose him! He’s go-o-o-od…”

I recall the moment I knew I wanted to be a writer. I was an eighteen-year-old freshman in Mrs. Barnhart’s Nature and Function of Literature class at Northwest Christian College. She assigned Robert Penn Warren’s All The King’s Men. I read it straight through in two days rather than at the much-more-leisurely pace she required for classroom discussions. The scope of the story, the characters, the aliveness of the book impacted me as no novel before it had. Perhaps it was my age, my first year living away from home, the liberation of being in college, but I knew I wanted – needed – to tell stories with that kind of compelling power.

More to the point, there is a single line from All The King’s Men that clinched the deal for me. Toward the end of the book, the story’s protagonist, Jack Burden, says to a young reporter who took a photo of grieving Anne Stanton, “Well, son, if you live long enough, you’ll find out there are some kinds of a son-of-a-bitch you don’t have to be even to be a newspaperman.”

In one instant, with that sentence, everything fell into place for me. A weighty concept was offered for and by Burden, for the young photographer, and for the reader. Most critically, it felt as though that weighty concept had been handed to me – the future author – personally, by Robert Penn Warren. His sentence was impregnated with poetic ambiguity that allowed me to bring my own experiences, dreams, thoughts, and meanings to bear. Outrageous! Perfection! What power! When I write my stories, I thought, I, too, will make important choices in how I express such notions and in how I portray sons-of-bitches and newspapermen in ways that serve the story and my readers.

“You sure have!” laughs the voice. “Kinda old to be going back to school, aintcha?”

“Hush! I’m talking to my friends.”

What I did not anticipate is that it would take more than three decades to realize my dream; to find the courage and commitment to write. My first book was published when I was fifty-three years old. I am inspired by authors like Bryce Courtenay whose first book, The Power of One, was published when he was fifty-six. He published twenty additional books before he passed away recently at age seventy-nine. I have so many stories screaming to get out before my time on earth has run its course.

I’ve vacillated over the idea of seeking an MFA for several years now. After all, I’m a published author. I’ve studied writing on my own. I’ve taken writing classes and workshops. I’m way ahead of the game already. Yet the design of the Literary Arts program at Brown is what compelled me to apply. The structure allows students the necessary time for creative and intellectual exploration, two years to focus on writing, to study writing, to research what I want to write about, to teach writing, and to have the opportunity to regularly interact with writers and teachers of writing.

I never imagined that my first two books would be non-fiction. I’m proud of them. And my dream has always been to write fiction. I have stories swimming around in my head (along with that crazy little voice that keeps dickin’ with me) about the interconnectedness among people across offices and bedrooms, across time and continents. I have stories to share about  politics and religion, whores and ghosts, families and loners, love and fear, and how nothing happens by accident or without consequences that we may not understand for decades, or centuries, or ever.

“So why not just write those stories, loser?” the voice intones, rolling its eyes. “Why move clear across the stinkin’ country?”

In addition to that little voice in my head that is so skilled at raising doubts, my challenge, as my wife Lindi has said on occasion, is that “my life gets in the way of my life.”

I travel extensively throughout the United States, speaking with people at schools, churches, conferences, and other venues. My writing partner for Gather at the Table (Sharon Morgan) and I have fifteen book tour events lined up on the West Coast in January. I have another nine appearances by myself in the Midwest in February before joining Sharon again for more East Coast events in March.

Though this work is important and gratifying to me, and gets my books into the hands of readers, it also impacts my time and ability to write. Having two years to focus exclusively on writing is precisely what I need as an author now. I’ll find out in March if I get accepted. According to the program website, in the past few years they’ve received between 650 and 900 applications. They anticipate offering admission to four or five fiction writers, four or five poets, and perhaps three from other disciplines. I like the odds. The little voice doesn’t.

“You got no chance, loser.”

He leans back, takes a deep breath, and…

“No!” I cut him off. “Shut up. Not one more word from you. It took more than thirty years for me to find the courage to live the life I love; the life I’m meant to live – that of a writer. Most of that delay is because of you! So, shut up. I’m not listening to you anymore!”

My friends, I’ll appreciate your good thoughts, prayers, and other forms of support. Whether I get into Brown or not, my next book will be a novel. It will include little voices that mess with each of us as we seek our dreams and try to evolve into new/old ways of being. I’m not blowing the ending by telling you that the voices will not prevail. 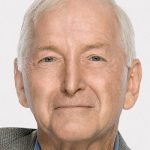 One last thing… do yourself a huge favor. Click on this link and watch a final interview with Bryce Courtnenay. He recorded a farewell message just a month before he died in which he said his ”use-by date has finally come up”. He didn’t mind that he had only a short time to live because “I’ve had a wonderful life”.