Is America ready for a white First Lady? 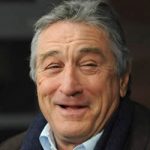 For those who haven’t heard the latest political kerfuffle, actor Robert DeNiro spoke at an Obama fundraiser at which Michelle Obama was the featured headliner. He led off with a joke…

Callista Gingrich. Karen Santorum. Ann Romney. Now do you really think our country is ready for a white first lady?

De Niro asked to cheers from the crowd.

Newt Gingrich, always the model of decorum and respect, said that President Obama should be held accountable “when someone at his event says something as utterly and totally unacceptable as Robert De Niro said last night. And I call on the president to apologize for him.”

Coming from the man whose thinly-coded, race-baiting approach to campaigning (Obama is the best food stamp president in history; schools should hire underprivileged children to do janitorial work; not to mention his policy proposals that would disproportionately harm people of color), Gingrich’s umbrage at DeNiro’s joke brought a wry smile to my face.

He had the chutzpah to spout,

How absurd. Race infuses every aspect of the current election just as it did in 2008. Anyone who doesn’t see it either has their “race blinders” firmly in place, or else simply isn’t paying attention. It is apparent to me that Nixon’s “Southern Strategy” of  exploiting and exacerbating the separations among white and black voters is alive and well in 2012. We have a long way still to go in undoing the racism that continues to infect the political, corporate, education, justice, medical and any other system you can name in our “land of the free.”

What I found disappointing is that the Obama campaign fell for Gingrich’s silliness. Mrs. Obama’s press secretary said, “We believe the joke was inappropriate.”

As for DeNiro? He won’t comment. His publicist said, “It was obvious satire.”