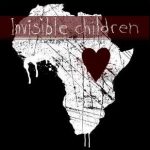 If you spend much time on Facebook or Twitter you are likely aware of the “Kony 2012” video that is flying around online. For those who don’t know, the non-profit group Invisible Children has produced a captivating 30-minutes video that has gone viral to the extreme. As I write these words, the YouTube video (uploaded just 3 days ago, on March 5) has been viewed almost 39 million times. When I last looked 13 hours ago, the total views were just over 15 million.

The filmmaker’s goal is to make Joseph Kony notoriously famous in the hope that if his name becomes well enough known, international pressure will result in his capture. Kony is the leader of the Lord’s Resistance Army (LRA). This Ugandan guerrilla group has forced tens of thousands of children to become armed warriors. Kony’s fighters have been accused of torture, rape, and massacre in northern Uganda, South Sudan, and elsewhere for the past quarter century.

When Sharon (my writing partner for Gather at the Table) and I took our first class together at Eastern Mennonite University in 2008, we encountered a woman from Uganda who was taking a different class than we were. Her children had been kidnapped by the LRA. One of her daughters went missing for years. She was repeatedly raped by her captors and gave birth to three children fathered by her captors before being released.

If something like this happened in the United States, of course, it would be huge national news in all the major media. Because these atrocities have taken place in a region of Central Africa, we don’t hear much about it. Invisible Children, through the effective use of social media, is changing that.

The organization behind this effort has its supporters and detractors. There are people expressing concern that the campaign is exploitative and ineffective, or else is effective, but spreading myths about the LRA and Northern Uganda, and wreaks of images of dis-empowered Ugandans and the return of the great white savior. They are accused of being bigoted and dangerous. Invisible Children has responded to many of the criticisms on their website, and on their tumblr. Jacob Acaye, who was abducted by the LRA as a child, and whose brother was murdered by them, also defends Invisible Children. Recommendations are being offered on alternatives to what form your action can take.

Two observations overwhelm everything else for me in connection with Kony 2012. First, we are now witnessing the enormous power of social networking. The rapid and successful spread of information regarding Arab Spring was  absolutely the result of social media. Occupy Wall Street took social networking even further. With the incredible spread of Kony 2012 through social networking, our world has indeed changed. No longer must one be in a position of traditional power to impact world events. Regular folks can harness the power of the devices we hold in our hands. We have more potential to create tremendous impact for good than ever before.

Second, I understand the skepticism and criticism being directed at Invisible Children. The complex issues about what is taking place in Uganda and the surrounding region are oversimplified in the 30-minute film. I cringe a bit when it feels like the filmmaker’s 5-year old son is featured more prominently than the children who are being so badly abused in Uganda. It is legitimate to be concerned that the video will inspire enthusiastic, yet ill-prepared people to take well-intentioned, yet dangerous or counterproductive steps to try and make a difference.

Adam Branch, Senior Research Fellow with the Makerere Institute of Social Research, in Kampala, Uganda, explains in this piece why “the Invisible Children organization and their videos have infuriated me to no end.”

Nicholas Kristof, a journalist I respect greatly, linked to Sarah Margon’s essay “A Partial Defense of Invisible Children’s Kony 2012 Campaign,” which takes a different position and concludes that  we should “harness this energy and turn it into something productive…”

My fervent hope is that in spite of the skeptics and detractors, Invisible Children’s goal will be reached. Joseph Kony and the LRA must be stopped. All people who believe in peace and justice surely agree on this.

And it is also more than Kony and the LRA that needs to be stopped. Ours is a world that needs to stop those causing grievous harm — and work toward healing and peace — in many places!

I also hope (as you can tell by the multitude of links I’ve included in this post) that in the midst of all the hoopla surrounding this video that more people will make the effort to learn more about this region, its people, and the complexity and magnitude of the challenges they face. Educating ourselves, and thinking before we take action, is always the best place to begin.