Liberty vs. Enterprise: Monticello, Brown University & Slavery by Another Name 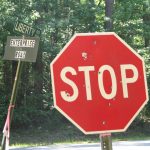 Throughout history, when the battle has been between Liberty and Enterprise, Enterprise has usually won…

Three items of note caught my attention this week… all caught up for centuries in this historic battle.

Brown University thoroughly investigated its historic ties to slavery and the slave trade, and its profit therefrom, and issued a remarkable report a few years back. This week it was announced that Brown will acknowledge its deep, historic connection in a very public way by following one of the recommendations in the report and create a slavery memorial in a prominent place on campus.

Monticello, home to Thomas Jefferson and the hundreds of people he enslaved, announced this week that “Landscape of Slavery: Mulberry Row at Monticello” will open this Friday. “This new outdoor exhibition featuring mini-exhibits at key sites, a website, and computer animations will illuminate Mulberry Row and provide visitors with a clearer picture of the landscape of slavery.”

The histories of Brown and Monticello are but two examples of the enormous system of enslavement that led to universal terror and discrimination against black people for centuries.

My wife and I watched Slavery By Another Name, the story of the inevitable result of the choices made by the Browns and Jefferson, on PBS Monday night. It was depressing and maddening to look honestly at this horrible (and completely hidden until recently) chapter in American history; and to know that white people, by and large, were either direct perpetrators or complicit bystanders; all of whom (and their descendants today) benefited from the terror perpetrated against black people.

I was grateful to Oregon Public Broadcasting for following Slavery By Another Name with another, much shorter documentary: Not in Our Town: Class Actions, which profiles students and community members who are creating change in the wake of racism, anti-Semitism, and the traumatic consequences of bullying. Staying up until midnight to watch this second show allowed a little bit of hope to seep back in; recognition that progress has been, and continues to be, made.

I encourage all of my friends of European descent who may have missed Slavery By Another Name to watch it online here. It isn’t clear how long PBS will keep this link available, so check it out soon. As hard as it is to watch, it is important to our education as white people. It should be hard to watch. It is also critical to understand how our nation allowed white people’s lust for financial success to take precedence over our stated ideal of liberty for all.

We stand before the stop sign at the intersection of Liberty and Enterprise. Which road will you take?