Thoughts on The Help 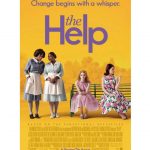 The movie of the best-selling novel The Help is now available for home viewing on video. (Spoiler alert! Key plot points are divulged through the web links in this post.)

For anyone who missed it in the theater, I highly recommend you watch The Help. When the book came out in 2009 I read it and loved it… and I was troubled by it… and I reviewed it…

There has been some serious controversy in connection with The Help. Check out Patricia Turner’s New York Times Op-Ed, Dangerous White Stereotypes, and Of Anger and Alternative Endings in the Jackson Free Press. The author of the latter column (Donna Ladd, a white woman) accurately (in my opinion) points out that…

The Help just could not have ended as it did. Hilly, or her man, would have called the [White Citizens] Council on Aibileen, Minny and Skeeter. My guess is that Aibileen would have been severely beaten and never hired again in the state; anyone related to Skeeter would have been destroyed economically and at least one cross burned in her mama’s yard; and Minny would have been killed and her house burned.

I am a post-civil rights black woman whose Southern roots have been nearly erased by world travel and an adulthood spent raising a family in Michigan. I am supposed to be offended by the movie The Help for its simplification of the injustices of the Jim Crow South. But I am not.

Black and white people have both praised and vilified The Help. One of the most powerful statements comes from the Association of Black Women Historians. The authors list several troubling, false, and stereotypical portrayals in The Help:

Despite efforts to market the book and the film as a progressive story of triumph over racial injustice, The Help distorts, ignores, and trivializes the experiences of black domestic workers. We are specifically concerned about the representations of black life and the lack of attention given to sexual harassment and civil rights activism.

I respect the expertise and sincerity of the authors, and I’m troubled by one point they highlight:

We respect the stellar performances of the African American actresses in this film. Indeed, this statement is in no way a criticism of their talent.

How can the authors of this statement find it “unacceptable for either this book or this film to strip black women’s lives of historical accuracy for the sake of entertainment” and then praise the performances of the black actors who chose to portray those very characters? If you disagree so strongly with a white woman writing this story and claim that The Help misrepresents both African American speech and culture, wouldn’t it be more consistent to criticize the African American actors who chose to star in the film?

According to the cover story in Entertainment Weekly (#1167, August 12, 2011), Viola Davis and Octavia Spencer “love the characters of Aibileen and Minny, which makes having to defend them to detractors a strange and uneasy burden.” Spencer says,

I am thrilled to be playing this woman. She is a human being with the breadth and depth of emotions, and she is a contributing member of society. It should not be ‘Why is Viola Davis playing a maid in 2011?’ I think it should be ‘Viola Davis plays a maid and she gives the f—king performance of her life.’

I continue to think about The Help and the reasons I loved it and the reasons it troubled me. Jackson, Mississippi was a terribly racist city in the 1960’s when this story takes place. In far too many ways, Jackson (like the rest of our nation) still has such a very long way to go. Racism and hatred are alive and well (note the recent, brutal murder in Jackson of James Anderson). But ultimately I land on the side of those who recommend that people read or watch The Help. Love it or hate it or something in between, The Help, as pointed out by Jamia Wilson in her powerful and balanced article (she points out both positive and negative aspects) for Good Culture, inspires us to think and talk about race. That fact alone–that I continue to ponder the issues it raises (and I suspect anyone who has read the book or watched the film does as well)–is, in my opinion, the most redeeming quality about The Help.

NOW, one more point. I cannot stress enough how much I hope that people — particularly white people — will seek out other books by black writers on the subject of black domestic workers. The Association of Black Women Historians included a list of ten books at the end of their Open Statement to the Fans of The Help that they recommend. I’d like to highlight one of those books that I recently read; one that is published by my publisher, Beacon Press.

I loved Like One of the Family by Alice Childress. This novel is a series of vignettes; brief conversations between Mildred, a black domestic worker, and her friend Marge. Childress creates a vivid image of the life of a black working woman in New York in the 1950s. It is funny, sarcastic, outspoken, and rings with truth. Here’s a brief excerpt:

‘Mrs. M…, what is the matter, you look so grieved and talk so strange ’til I don’t know what to think?’ She looked at me accusingly and said, ‘I’m afraid to say anything to you, Mildred. It seems that every time I open my mouth something wrong comes out and you have to correct me. It makes me very nervous because the last thing I want to do is hurt your feelings. I mean well, but I guess that isn’t enough. I try to do the right thing and since it keeps coming out wrong I figured I’d just keep quiet. I… I… want to get along but I don’t know how.’

Marge, in that minute I understood her better and it came to my mind that she was doing her best to make me comfortable and havin’ a doggone hard go of it. After all, everything she’s ever been taught adds up to her being better than me in every way and on her own she had to find out that this was wrong… That’s right, she was tryin’ to treat me very special because she still felt a bit superior but wanted me to know that she admired me just the same.

‘Mrs. M…,’ I said, ‘you just treat me like you would anybody else that might be workin’ for you in any kind of job. Don’t be afraid to talk to me because if you say the wrong thing I promise to correct you, and if you want to get along you won’t mind me doing so.’

This excerpt captures for me some of the challenges with The Help. Katherine Stockett did her best to write a book that would, well, help. It is flawed, as are all books, but it is her story; the story of a time and a place and people written from the perspective of a white woman. Balance The Help with Like One of the Family or one of many books about that time and place. Your knowledge and curiosity will grow. That is a good thing.

And then talk about race… which is one real value of The Help.

UPDATE (November 7): After posting this piece I ran across an interview that I found fascinating and thought-provoking: Octavia Spencer on ‘The Help’: Civil Rights, Character & Friendship.