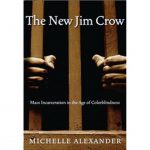 To understand one significant aspect of the legacy of slavery and its profound impact today, one needs to look no further than the “criminal justice” system in the United States. In his Pulitzer Prize-winning book, Slavery by Another Name, Douglas A. Blackmon exposes with devastating clarity how the criminal justice system was utilized to replace slavery as a tool to keep tens of thousands of African Americans enslaved until World War II.

By the time this practice ended, government-endorsed Jim Crow laws were firmly in place to maintain a caste system in which white people were firmly in place at the top and black people at the bottom of American society and power. It wasn’t until the successes achieved through the civil rights movement of the 1950’s and 60’s that Jim Crow finally ended.

Having recently finished reading Michelle Alexander’s  meticulously researched The New Jim Crow it is easy and heartbreaking to connect the dots between the past and present. The deliberate and systemic discrimination against people of African descent – particularly black men – by the criminal justice system in the U.S. is the opposite of “just.”

The New Jim Crow is one of the most challenging books I’ve read (right up there with Slavery By Another Name). I had to put it down several times in anger and disgust as I learned how one system of oppression against people of African descent in the United States has been replaced by another, and another, and another. As Alexander clearly shows, the war on drugs was designed to be, and succeeded at becoming, a very successful follow-up to slavery, re-enslavement, and Jim Crow: a war on black people. It began with Nixon’s “Southern Strategy”, and grew as Reagan declared “war” on drugs, and reached its zenith under Clinton’s “tough on crime” policies.

Directing federal funds to local police agencies to enforce these policies has shifted the priorities of law enforcement throughout the country. Local law enforcement agencies rely on federal funds from the ongoing war on drugs. The incentive to lock people up and keep them locked up for drug-related crimes is high. As noted recently by criminal justice reporter Radley Balko, between 1981 and 1995 there were 33,774 drug arrests in New York City. Between 1996 and 2010? 536,322 arrests. One significant result is that “the focus on drugs often comes at the expense of investigating violent crimes…”

Though black, brown and white people use illegal drugs at remarkably similar rates, the disproportionate rates of arrest, prosecution, and incarceration of people of color is staggering. The lifelong negative impact on black men, their families and communities, is severe.

From The New Jim Crow: “We have allowed ourselves to be willfully blind to the emergence of a new caste system — a system of social ex-communication that has denied millions of African Americans basic human dignity. The significance cannot be overstated…”

And, “…in the absence of a fundamental shift in public consciousness, the system as a whole will stay intact.”

This is not an easy book to read. It challenges to the core one’s belief in the United States as a land of liberty and justice. If we are ever to become that society we claim to be, one of liberty and justice for all, it is important to understand our history, the connection between past and present, and the deeply embedded, present-day “criminal justice” system that prevents us from living up to our American ideals, and work to replace it with a system that treats all people humanely, equitably, and fairly.