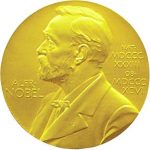 When the Nobel committee in Norway announced that this year’s Peace Prize was being awarded to three women, Liberian President Ellen Johnson Sirleaf, African peace activist Leymah Gbowee, and pro-democracy campaigner Tawakul Karman of Yemen, I was thrilled. Only twelve other women have won the Peace Prize in its 110-year history (what’s wrong with that picture?).

My personal interest is enhanced by the fact that two of the recipients are alumni of schools at which I’ve also had the privilege to study. Ellen Johnson Sirleaf graduated from the Harvard Kennedy School, which also sponsors the Senior Executives in State and Local Government program.

Leymah Gbowee earned a master’s degree at Eastern Mennonite University in conflict transformation. She attended the Summer Peacebuilding Institute and has completed the STAR (Strategies for Trauma Awareness and Resilience) program. 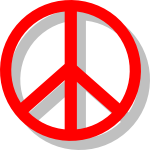 Congratulations to the Nobel Prize committee for your wisdom. This year’s selection focuses unmistakably on peace.