From Slavery to Stardust 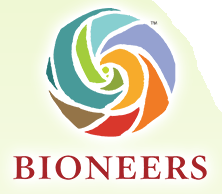 Part of what kept us centered throughout this beautiful, tumultuous, and sometimes painful journey was that we sometimes had to remind ourselves that our story did not begin in these hard and musty dungeons but that our journey started billions of years ago in the darkness of time and space. And that like the particles of ancient stardust that pulsates through our bodies we have paused but a moment in slavery’s path.    — Dedan Gills

I am as proud of the radio show “From Slavery to Stardust: What Would Healing Look Like?” as anything I’ve participated in since Traces of the Trade.

One of the blessings of my life is my friendship and working relationship with Belvie Rooks and Dedan Gills. They are the co-founders of Growing a Global Heart. Their mission is to plant one million trees along the routes of both the Transatlantic Slave Trade in West Africa and the Underground Railroad in the United States “to honor and remember the millions of unnamed, unheralded and unremembered souls who were lost during the slave trade” and “to help combat the ravaging effects of global warming and catastrophic climate change.”

One of the many times we have worked together was at the Bioneers Conference in California in October 2010. As a follow-up to the breakout session that Belvie, Dedan, and I presented, Bioneers produced a half-hour show for their Revolution from the Heart of Nature radio program that is heard on more than 370 stations worldwide in eleven nations.

I hope you’ll listen to the broadcast online here. I look forward to your reactions.