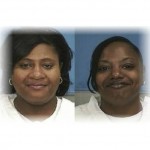 In today’s New York Times, columnist Bob Herbert focuses on the plight of sisters Jamie and Gladys Scott. For seventeen years now, these two women have languished in a Mississippi prison after being convicted of setting two guys up to be robbed of $11.

As Herbert aptly points out, “You have to believe that somebody really had it in for the Scott sisters…”

Jamie and Gladys have never wavered from insisting on their innocence. The two teenagers who testified against them have recanted their statements claiming they were coerced into doing so in the first place.

I’ve written about Jamie and Gladys last March and last month. Many influential people have taken up their cause, including NAACP President Ben Jealous. Even the original prosecutor in the case, who believes they were guilty, agrees that it would be appropriate to offer them relief from their extreme sentences.

You can keep abreast of this ongoing, tragic story on Facebook.

I hope that the influence of such high profile entities such as the NAACP and the New York Times will encourage Mississippi Governor Haley Barbour to do the right thing and get these women out of prison.