Columbus Day should not be a holiday. Now don’t get me wrong. I’m all for holidays. I don’t recommend getting rid of the day off from work, mind you, just the guy it celebrates. In the spirit of Dave Letterman I offer my Top Ten Reasons to DUMP Columbus Day

Number Ten: You can’t “discover” a place when people have already lived there for centuries

Number Nine: President Nixon made Columbus Day a national holiday. Nixon is one of my least favorite presidents

Number Seven: The Vikings were here 1,000 years before Columbus arrived

Number Five: On the serious side, Columbus terrorized, enslaved, killed and colonized indigenous people in his frenzied quest for gold. Why celebrate terrorists?

Number Three: Columbus was a lousy navigator. Though the world’s circumference is 24,900 miles, Chris thought it was 19,000. That’ll mess with your sense of direction, eh?

Number Two: Even Columbus didn’t think he discovered a new world. Dude thought he landed in Asia and still believed that when he died in 1506!

And Reason Number One to DUMP Columbus Day as a holiday: My favorite t-shirt (which you can order here)! 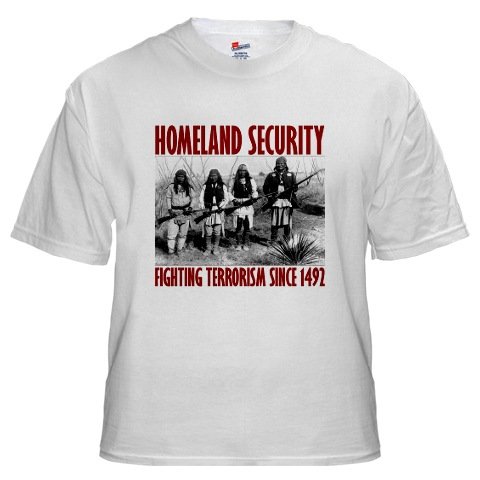