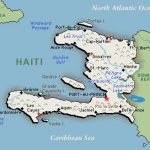 Do you think less often these days about the devastation and mass deaths Haiti recently suffered as a result of the January earthquake? That would be normal. It’s no longer in the news. Other stories have taken its place in the news cycle.

Perhaps you made a charitable contribution when the earthquake struck. We did. I posted a story on February 20 by Carla Bluntschli—one of the co-founders of N a Sonje (“we will remember”) Foundation—who lives there. If you missed that one, please pause and read her powerful words here before continuing.

I never knew much about Haiti. I’ve never been there. I know very few people who have. I know I’m not alone. Most Americans don’t know much about Haiti. I now know Carla through my cousin Holly Fulton and her husband Bill who have been to Haiti to work with and support the people of Haiti.

You have to wonder why the 1989 earthquake in San Francisco, which registered 7.6 on the Richter scale, resulted in 63 deaths and the 2010 earthquake in Chile (8.8) resulted in more than 700 deaths while the earthquake in Haiti (7.9) resulted in almost quarter of a million people losing their lives. 1.7 million people remain homeless today in Port-au-Prince. How is that possible? Yes, Haiti is the poorest nation in the western hemisphere. Yes, government leadership has been dysfunctional and ineffective for much of the past 200 years. So consequently, yes, the infrastructure is not built to the standards of other western industrialized nations and that is one factor that increased the devastation. But why is that?

The legacy of slavery is why.

A very brief history of Haiti: France established the colony of Saint Domingue in 1697. It became the most profitable sugar-producing colony in the world. Sugar production was entirely dependent upon enslaved African labor. One century later the enslaved people revolted. They defeated Napoleon’s army and established the nation of Haiti in 1804; the only nation to be formed from a “slave revolt” in world history. Twenty years later France threatened to attack and re-colonize; to re-enslave the Haitian people. To prevent another war Haiti agreed to pay $22 billion (in today’s dollars) to compensate the French for their lost property (enslaved people) and income (from stolen, enslaved labor). To pay the exorbitant extortion fee they shut down all schools. Money that would have built Haitian infrastructure and society went to France. The world isolated Haiti completely. For over 60 years the United States would not recognize Haiti; would not trade with Haiti. The power structure in the United States and around the world was terribly concerned about the example set by enslaved people rising up and defeating their masters. So President Jefferson and 12 succeeding administrations would not recognize Haiti. The Lincoln administration finally did so during the American Civil War.

It took more than 100 years for Haiti to pay off France. Then from 1957-1986 the violent Duvalier dictatorship, with broad support from the U.S. and other Western countries, ravaged Haiti. The Haitian government incurred huge international debt. The first democratic election in Haiti wasn’t held until 1990. Jean Bertrand Aristide, a Catholic priest, won. He was a fierce critic of the Duvalier dictatorship and was dedicated to supporting the poor. One year later, the United States helped overthrow the Aristide administration by coup. In 2000 Aristide ran again and won by a landslide. Again he was removed from office via a coup supported by the United States. He now lives in exile.

This description is quite brief. You may question some of the details I’ve presented. I encourage you to watch this 14-minute video that was sent to me by a friend (thank you, Lillian): Haiti: The Untold Story. Read the article “Who removed Aristide?” Read Randall Robinson’s An Unbroken Agony: Haiti, from Revolution to the Kidnapping of a President.

Then check out some of the good work that is being done by Coalition for Democracy in Haiti and Children’s Hope. I know that many individuals, foundations, churches, and governments (including the U.S. government) have done a lot to support Haiti since the earthquake. It isn’t enough.

Learn the facts for yourself. Research Haiti online. Go to your local library. See if you don’t conclude, as I have, that the United States, France, and other world powers played significant roles in creating the conditions which led to the impoverishment of Haiti. The world owes Haiti.

What should be done to repair the damage?

It is the right and just thing to do for the Haitian people.

And it is time.