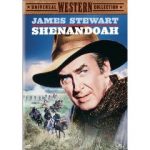 Last May I attended the Summer Peacebuilding Institute at Eastern Mennonite University for the second year in a row. I hope to attend again this coming summer. On the final evening of classes all students are invited to attend (and participate in) a potluck meal and talent show. With students from more than 40 different countries around the world, the food and talent is exceedingly varied and wonderful.

One young lady from Virginia sang the song Shenandoah… she brought tears to my eyes.

I long to hear you,

Away you rolling river,

I long to hear you,

Away, I’m bound away

The hill above EMU affords an expansive view of Virginia’s Shenandoah Valley. It is simply breathtaking to watch the sunrise. Listening to this young woman I remembered the old Jimmy Stewart Civil War film of the same name. I have a bit of a connection to the movie. It was filmed near Eugene, Oregon, where I went to college. By the time I moved there the film had been out for close to a decade. I worked for a concrete contractor in college. We built the foundation for a house in Shenandoah Heights, a subdivision built on land where the movie was filmed. Jimmy Stewart has always been one of my favorite actors. I decided it was time to see Shenandoah again.

I find the message of Shenandoah a good companion in peacebuilding work. It tells the story of a widowed Virginia farmer who is opposed to both war and slavery. Thus he chooses to side with neither the Union nor the Confederacy. There are, of course, tragic consequences to war even for those who try not to participate. Shenandoah was released at the height of the Civil Rights movement and when support for, or opposition to, the war in Vietnam was further dividing Americans.

When Charlie Anderson (James Stewart) visits the family graveyard and his long-dead wife is now joined by two sons and a daughter-in-law, he says to her, “There’s nothing much I can tell you about this war. Its like all wars, I suppose. The undertakers are winning it. The politicians will talk a lot about the glory of it and the old men will talk about the need of it. The soldiers, they just want to go home.”

Shenandoah contains a powerful message and a wonderful performance by Jimmy Stewart. It’s definitely one to view again from time to time.