Mom, does this make me a socialist? And if so, do you still love me? And would you like to be a socialist too? 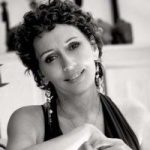 Molly Secours is a writer, public speaker, and filmmaker from Nashville, Tennessee. She’s also a committed activist for social justice and undoing racism. I’ve been following, and have been inspired by, her writing for several years. She was a regular contributor to The Black Commentator. Then in mid-2007 I noticed that her columns–her powerful voice–were no longer showing up on my computer screen. I learned that Molly had been diagnosed with cancer. Though Molly worked regularly, owned her own home, and had health insurance, what has happened to her since her diagnosis is just plain wrong. Because of her illness Molly faced financial ruin, including the foreclosure of her home. And Molly has connections. She was able to get her story told; to influence people in positions of power. Imagine what happens to people who lack Molly’s privileges.

Please read the column Molly wrote yesterday: “The Intersection Of Health Care and Foreclosure: How To Avoid Becoming a Statistic.” Then re-post it to your Facebook page, your blog, or e-mail it to your friends. 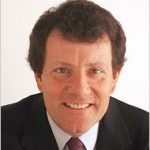 Nicholas Kristoff is my other best friend I want to highlight today. Nicholas is from Oregon but he now lives on the “other coast” where he is a columnist for the New York Times. He’s one of the most thoughtful, interesting newspaper columnists I know. I love reading his work. Yesterday, he wrote “Health Care That Works.” It’s the most logical, succinct, clear explanation I’ve come across about where we ought to be headed in reforming health care in the United States.

And, well, I may as well say it. Nicholas points out, much to my chagrin, that I am a socialist… and so are you.

Please pass these two brief columns by my friends Molly and Nicholas along to your friends. Don’t remain silent. We in the United States currently suffer under a dysfunctional health care system managed by insurance corporations that have made a fortune by increasing premiums at rates that far exceed income growth, denying coverage to people with pre-existing conditions, and jettisoning people who become ill when they can. It isn’t right. It’s un-American. Now is the time for everyone who believes in truly reforming our health care system to speak up. If the insurance companies, through their powerful and well-financed lobbyists, are allowed to win… we all lose.

Over the past few days many people have been posting the following as their Facebook status: [your name] “thinks no one should die because they cannot afford health care, and no one should go broke because they get sick. We’re only as strong as the weakest among us. If you agree, please post this as your status for the rest of the day.”

I’ve been amazed at how many of my friends have posted this as their status. More continue to do so. I have a sense that the normally-reserved-and-quiet regular people are fed up with the insanity we see being highlighted on the news (and that I wrote about at the end of August). We are being energized and we are getting involved.

C’mon, fellow socialists, we can succeed!