CNN.com commentary by Traces of the Trade director Katrina Browne 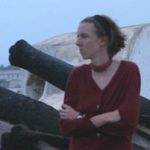 Katrina Browne, director of the Emmy-nominated documentary Traces of the Trade: A Story from the Deep North, has written an article–“Slavery Needs More Than an Apology”–for CNN.com.

Katrina is my 7th cousin (our common ancestor was born in 1695–I descend from his oldest son; she from his youngest).

Rather than comment on Katrina’s article I ask my readers to do two things. First, read it. Second, go to our cousin James DeWolf Perry’s blog, The Living Consequences, and read the many reactions to Katrina’s article there. I’m sure you’ll find plenty of evidence that we still have a ways to go before we can consider ourselves a “post-racial” nation.

One goal of the family members who made the journey that became the film Traces of the Trade, and my book Inheriting the Trade, is to invite people into a deeper, more honest conversation about race in America than we have typically had in the past.

(Note: my current “virtual book tour” continues online; learn details, the itinerary, and how to win a free copy of Inheriting the Trade here).