Like many people who were disappointed in the presidency of Jimmy Carter I consider him the greatest ex-president in American history. What he has done since leaving office is truly inspiring. He raised the awareness of Habitat for Humanity more than any living human. He won the Nobel Peace Prize. He has traveled the globe monitoring elections. He has worked globally to eradicate diseases.

Last week Jimmy Carter severed all ties with the Southern Baptist Church, the denomination with which he has been associated for more than sixty years. The reason?

So my decision to sever my ties with the Southern Baptist Convention, after six decades, was painful and difficult. It was, however, an unavoidable decision when the convention’s leaders, quoting a few carefully selected Bible verses and claiming that Eve was created second to Adam and was responsible for original sin, ordained that women must be “subservient” to their husbands and prohibited from serving as deacons, pastors or chaplains in the military service.

This view that women are somehow inferior to men is not restricted to one religion or belief. Women are prevented from playing a full and equal role in many faiths. Nor, tragically, does its influence stop at the walls of the church, mosque, synagogue or temple. This discrimination, unjustifiably attributed to a Higher Authority, has provided a reason or excuse for the deprivation of women’s equal rights across the world for centuries.

Carter points out that the impact of religion touches every aspect of our lives. As everyone knows, this is true. At their best, churches offer grace, faith, reconciliation, redemption, and love. When they don’t live up to their self-proclaimed high standards, churches cause serious harm.

At its most repugnant, the belief that women must be subjugated to the wishes of men excuses slavery, violence, forced prostitution, genital mutilation and national laws that omit rape as a crime. But it also costs many millions of girls and women control over their own bodies and lives, and continues to deny them fair access to education, health, employment and influence within their own communities.

Jimmy Carter is a member of The Elders, a group of international leaders brought together by Nelson Mandela to use their influence to support peacebuilding and undo causes of human suffering. Mr. Carter discusses his powerful views here; straightforward, no holds barred. (Note: don’t miss that link; here’s your second chance: click here for Carter’s straight talk about gender discrimination)

I have to believe that many women–women of faith and women who have left their faith for the reasons upon which Carter elaborates–have waited a long time for men in positions of power, privilege, and influence within communities of faith to speak honestly about the treatment of women within churches.

As with issues of racism and other injustices, incidents of gender discrimination need men in positions of power to use their privilege to make a difference; to change the status quo. The fact that Carter’s original essay was published one week ago and most people haven’t heard a word of this in mainstream media is evidence that it just ain’t that big of a deal in the eyes of the people in charge of what makes the news.

And who are they? Oh, yeah, people who look a lot like me. 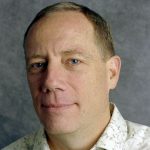