Thoughts on torture and hiding history 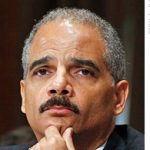 As someone who has written about America’s hidden history regarding slavery and the slave trade I am following with great interest the battle now brewing in the Obama administration.

Attorney General Eric Holder is leaning toward appointing a special prosecutor to investigate “harsh interrogation practices” during the Bush administration. White House Chief of Staff Rahm Emmanuel opposes such a move and President Obama has stated his intention to “look forward, not back.”

a special investigation would only publicize “bad things” that harm America’s image in the world.

And there’s more: it now appears that Vice President Cheney ordered the CIA to withhold information from Congress about about a secret counterterrorism program. The Bush administration’s surveillance program apparently went far beyond what Congress or the public previously knew. Questions are being raised about how the administration hid this information even from Justice Department officials.

If America didn’t do “bad things”, Senator McCain, then America’s image wouldn’t be subject to being harmed in the world. America has a long history of hiding, down-playing, or white-washing shameful incidents and episodes in our past.

It is this deception–on top of government-sanctioned actions such as slavery, annihilation of indigenous people, unjust wars, illegal surveillance that infringes on our civil liberties, and the use of torture as an interrogation tool–that harms America’s image abroad and taints the American dream here at home.

I love my country. And I deplore certain actions that continue to be taken in my name; actions that must be hidden, according to Senator McCain and others, in order to protect America’s image.

I call it unconscionable.