Last April I attended the 9th annual White Privilege Conference in Springfield, Massachusetts. It was one of the most powerful experiences I had all year… in a year filled with powerful experiences. Roughly 600 people gathered together for four days with one common purpose: recognizing and confronting inequity, injustice, and oppression in all its forms. Being with these people was energizing and a strong reminder that people who are dedicated to making the world a better place have strong allies around the country and the world. 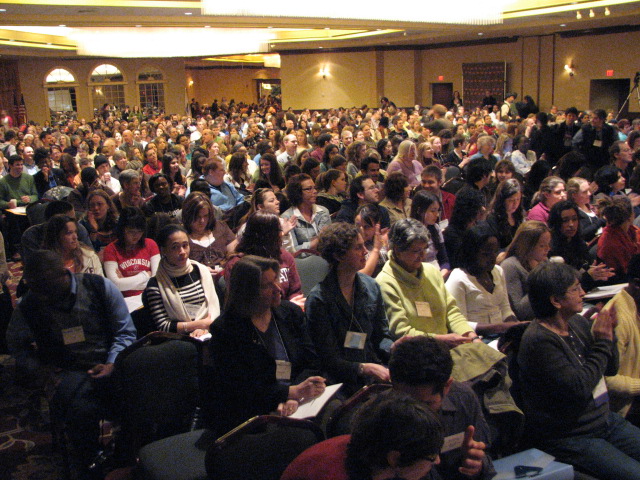 Registration is now open for the 10th annual conference that will take place April 1-4 in Memphis, Tennessee. I highly recommend that you join me there.

Eddie Moore, Jr. created the White Privilege Conference to educate people about a concept that is all but invisible to most white people. The conference features national and international experts who speak on all aspects of privilege.

The conference participants and presenters include corporate and non-profit community members, students, educators, activists, musicians and artists. This conference is not about beating up on white folks. This conference is about critically examining the society in which we live and working to dismantle systems of power, prejudice, privilege and oppression.

The conference is filled with small workshops, meals with new friends and allies, and large gatherings to hear keynote addresses. This year’s keynoters include two people whose work I know well, Tim Wise and Paul Kivel, and three I look forward to learning from,  Francie E. Kendall, Dorothy Roberts, and Juan Battle. I’ll be leading a workshop entitled “Healing from the Legacy of Slavery: Navigating the Treacherous Path between Horror and Hope.”

I’m writing about the conference now because it fills up. By the time we registered last year, Holly Fulton and I ended up at a hotel several miles away from the conference hotel.

I hope to see you in Memphis!